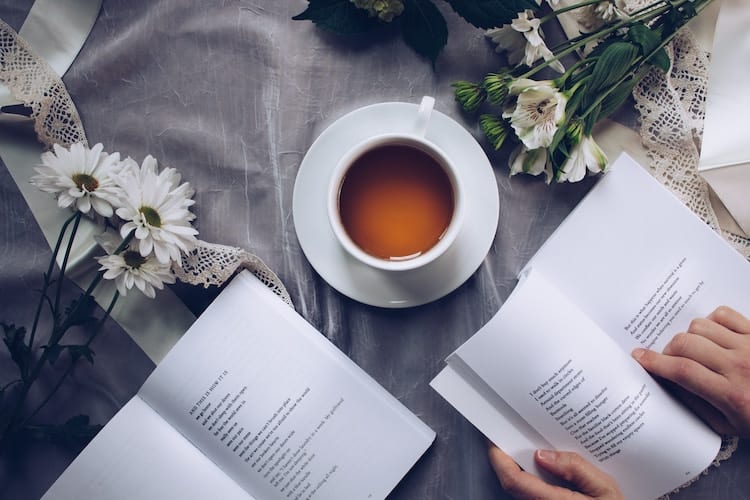 A celebration of how poets distill their experience of country and culture into their work.

I included several poems below that have spoken to me — some of which are less well-known than others. There are so many poets whose work we don’t see on Instagram, on the shelves, or in the Westernized anthologies served up in schools. And it’s important to read those works, too. To that end, I’ve included some folks you may have read and others perhaps you haven’t discovered yet.

The poems below are literary photographs of a place or space, a culture, an era, or moment in time. They are of nature or cement, of resistance or calm. And all the nuances in between.

I urge you to explore the poets and the poems in-depth, as many of the poets below write of their own homelands — in all their glorious green, bloodshed, or wild weather.

Pillared with pride, the city of delight

Heavy with jewels, all her splendid dower

Flashing upon her, won from shore and main

By shock of combat, sacked from town and tower.

The birds have vanished down the sky.
Now the last cloud drains away.

My homeland, I shall build you again

With bricks of my soul.

I shall raise your pillars again

With pieces of my bone

Without Answers by Senzio Mazza

From the top of Mt. Etna,

and from Florence’s red dome.

But I did not get an answer.

… and now, fair Italy!
Thou art the garden of the world, the home
Of all Art yields, and Nature can decree:
Even in thy desert, what is like to thee?
Thy very weeds are beautiful, thy waste
More rich than other climes’ fertility;
Thy wreck a glory; and thy ruin graced
With an immaculate charm which cannot be defaced

To Go to Lvov by Adam Zagajewski

There was always too much of Lvov, no one could
comprehend its boroughs, hear
the murmur of each stone scorched
by the sun, at night the Orthodox church’s silence was unlike
that of the cathedral, the Jesuits
baptized plants, leaf by leaf, but they grew,
grew so mindlessly, and joy hovered
everywhere, in hallways and in coffee mills
revolving by themselves, in blue
teapots, in starch, which was the first
formalist, in drops of rain and in the thorns
of roses. Frozen forsythia yellowed by the window.

The Beach at Sunset by Eloise Klein Healy

and for you I would try it,
though I have always forbidden myself to write
poems about the beach at sunset.

All the clichés for it sputter
like the first generation of neon,
and what attracts me anyway

The most ethereal caress,
A dawn, was given,
While sleepy West nuzzled to senseless East.
One city just then,
One battered, paranoid, schizophrenic city

Because such
a big part of you seeks to understand
this kind of rain — so unlike your cold
rain, austere rain, get-me-the-hell-
out-of-here rain. Rain that can’t fathom
how to liberate camphor from the vaults
of the earth.

And that will be England gone
The shadows, the meadows, the lanes,
The guildhalls, the carved choirs.
There’ll be books; it will linger on
In galleries; but all that remains
For us will be concrete and tyres

Things That Fold by Karisma Price

Milvirtha Hendricks under the American
flag 5 days after Hurricane Katrina.

Her face from the crease
made in her

obituary photo as we use
the newspaper to eat crawfish.

The wrinkles in her forehead.
Floodwater passing

through a broken levee.